What do you do when you sell expensive products online, and they arrive at your customers damaged? You have to come up with a brilliant idea. Check it out.

Products getting damaged while being shipped, was a real challenge for Dutch bicycle manufacturer VanMoof, ‘the Tesla of Bikes’. They manufacture street bikes that are at the high-end of the market, equipped with lots of electronics. Have a look at their amazing electrified bikes in this video.

VanMoof was started by two Dutch brothers, Taco and Ties Carlier, who wanted to develop the kinds of bikes that got people from A to B, without the fuss. For some reason their bicycles, shipped in big cardboard boxes, were getting dropped and damaged by their shipping companies.

The damage reports were a major problem for VanMoof. And they came up with a brilliant solution. What did they do? Instead of putting a picture of a bike on the box they printed a picture of a large flatscreen TV instead. Now their shippers thought that they were transporting flatscreen televisions, and nobody wants to damage a new really big television. Instantaneously “the shipping damage to our bikes dropped by 70-80 percent” said Bex Radford, the creative director of VanMoof in Cycling Weekly. 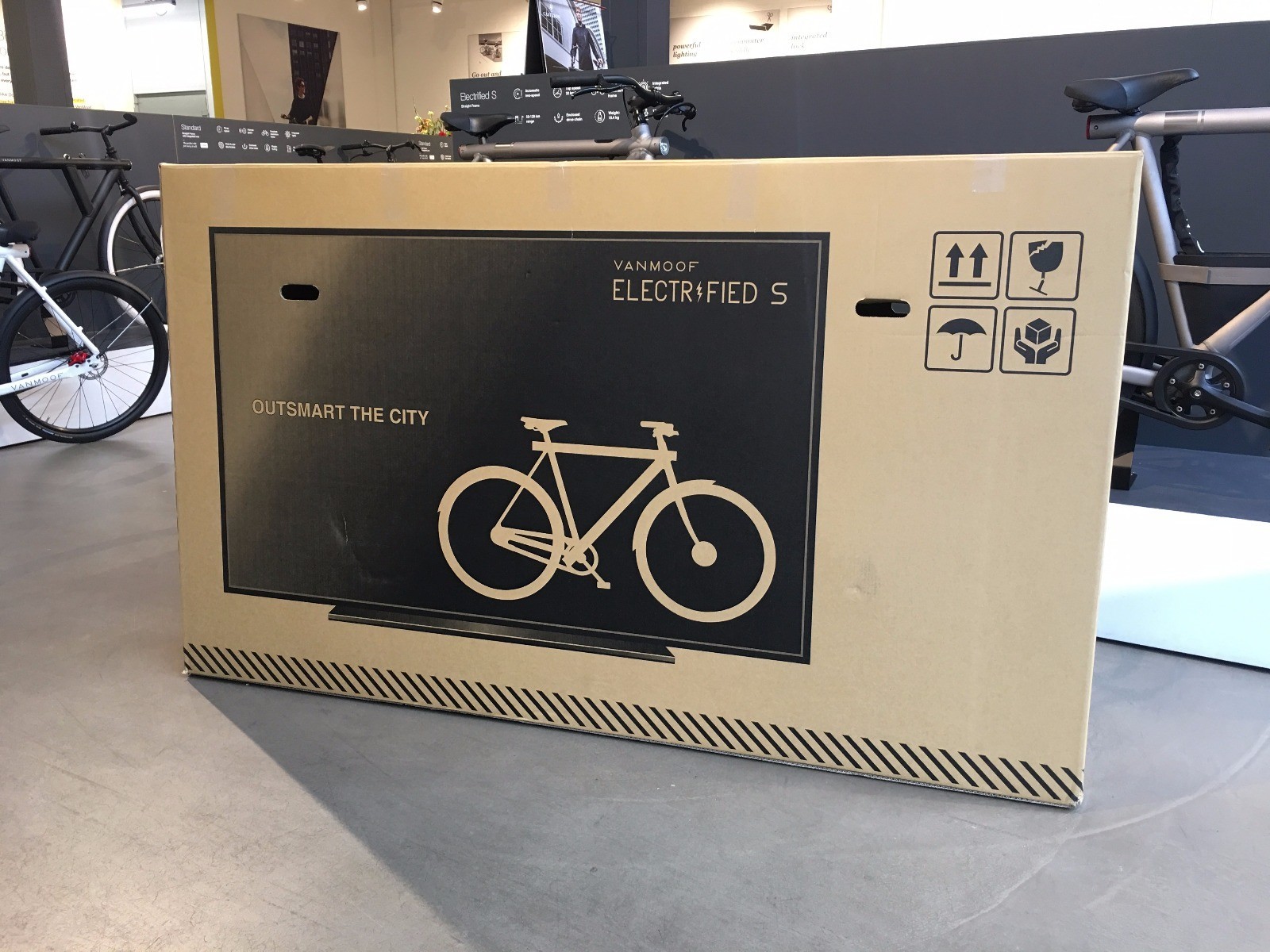 I really love this idea of VanMoof. I hope it inspires you to get new brilliant ideas too, as in my opinion, everyone of us has the potential of becoming a creative thinker. The secret to get a big idea is quite simple: don’t accept the status quo, defer your judgment and stop thinking. Let me explain.

When you fully accept the status quo at work or in your personal life nothing will change. There’s a wonderful quote of George Bernard Shaw: The reasonable man adapts himself to the world; the unreasonable one persists in trying to adapt the world to himself. Therefore all progress depends on the unreasonable man. Innovation often starts with something that annoys you personally and is relevant for you. like the damage reports for VanMoof. Something you personally really want to change, because you need to. It’s the WHY for innovation. Your personal motive to move beyond your borders must be strong because, especially when you’re innovating within a large organization, it is going to be a long bumpy road.

When someone brings up a new idea, there will always be a lot of no’s crossing your mind immediately:

It’s impossible for you to be creative and judgmental at the same time. Minds are like parachutes; they work best when open. [T. Dewar]. So for you to open your mind and look for new opportunities, you must defer your judgement. Great ideas seem absurd at first sight, because they are not normal. Of course they are not normal otherwise it wouldn’t be innovative.

Let’s take a look at our personal life. You remember for sure some AHA moments; those moments when a great idea popped up in your head. Interesting is when did this happen? When I ask this question to audiences in my speeches all over the world I get answers like:

What is most striking that hardly anyone ever says “in a brainstorm” or “at my desk”. It seems that if we do something automatically and STOP thinking, our best ideas pop into our minds. In my profession this is called incubation. It is defined as “a process of unconscious recombination of thought elements that were stimulated through conscious work at one point in time, resulting in novel ideas at some later point in time”. That explains why your best Ideas will pop up automatically when you’re not thinking.

So my advice to you to get big ideas is: don’t accept the status quo, defer your judgment and stop thinking. I am sure great innovative ideas will pop up sooner or later, like printing a picture of a large flatscreen TV instead of a bike. Is it that simple? Yes, it’s that simple. Just, try it!

The first FORTH facilitator in Italy | helping companies to innovate | I imagine a world where innovation improves our everyday life making people more free and richer in solidarity-based relations. My commitment is to build bridges between people and ideas to become the locomotive of change together. If these words are familiar to you, we have a long way to share.

Welcome to Eonet, interact with your community from every corner of the globe.